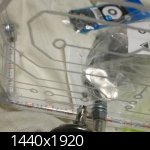 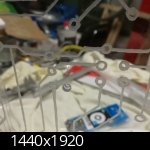 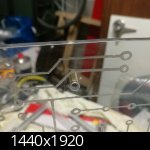 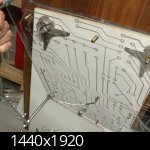 Then I have started working on a new component: the Arduino encasing structure.

The base for this structure is the old “PSU cover/projector holder”, that I modified radically because I changed the projector, and the new projector has a different size and position in the case, so the old PSU cover is useless now.

My idea is to make a big round hole at the center of the PSU cover (bigger than the previous hole for the projector), in which I will put the Arduino…

…and the edge of the hole must be lighted by a led strip, to make a “light ring”! 😀

Here I cut the round hole: 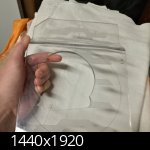 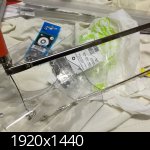 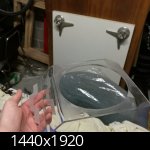 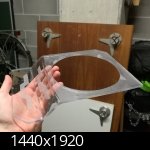 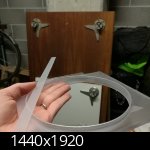 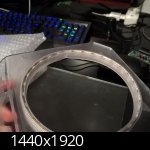 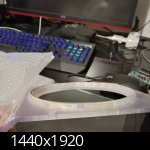 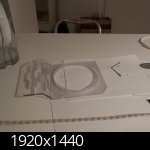 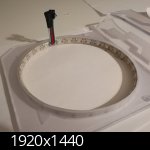 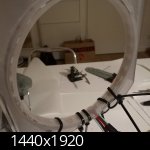 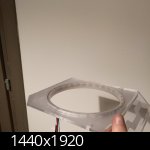 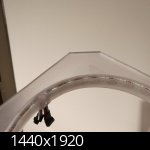 This is the lighted result: 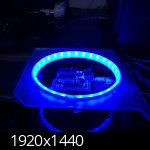 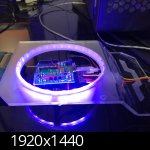 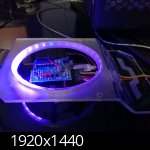 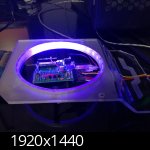 and some videos of an animated effect that I programmed, a “pixel with trail” that runs in circle 😀 :

Then I have made a transparent support to mount Arduino inside the ring: 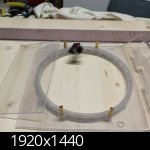 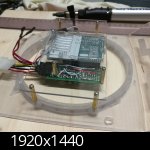 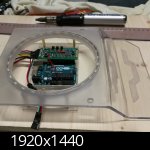 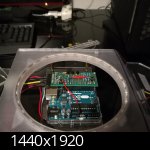 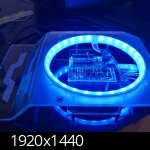 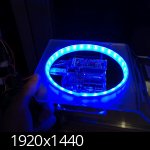 And finally another video of the animated effect, with Arduino mounted inside: